For most, the overriding memory of September will be the barn-storming Ryder cup where Europe produced an overwhelming, if unexpected, victory. Some outstanding performances from both the old guard and the rookies. It's always good entertainment when the postman delivers! 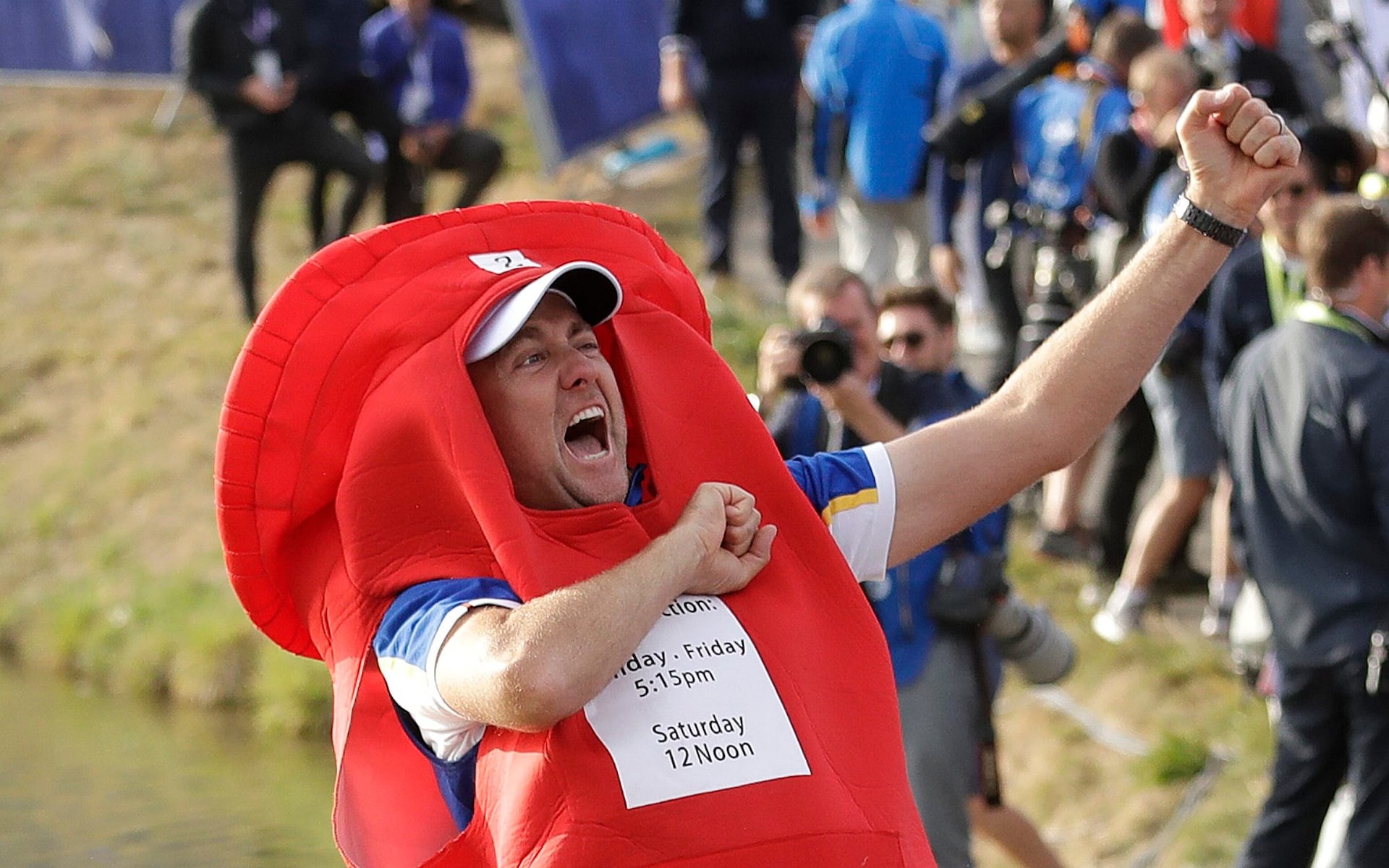 Soon after, however, some of the air was let out of the tyres by the news that American Golf - Europe's largest specialist golf retailer - was up for sale under, what seemed to be, negative circumstances. More about this next month, but for now, let's hope the new arrangements allow AG to be successful, and the industry continues to grow.

According to Golf Datatech's audit, September was down, pretty badly, in some areas.

Looking at the table above, you'll see that all the main categories were down. Within the Other category, Trolleys and Distance devices were worst hit.  Figures like this put the whole market on the back foot, with sales for all categories down, other than Clubs year to date (YTD).

Unfortunately, we've slipped into a decline. Considering the poor start to the year, it's amazing that we've seen any growth at all. And the graph below shows us just how crucial May and June were, in getting us back on track. Sadly, we are still down 0.74% in total value, year to date.

I've cut down the graph this month, to make it a bit more readable.

As you can see from previous years, the lines are pretty consistent from from May. Based on this, you'd be hard pushed to predict a notable growth, or decline, for 2018. With the line it is at the moment, I think that we can safely predict the drop of another percent for the rest of the year.

What did people spend their money on?

The mix continued in a similar vein to the last couple of years, with Irons being the biggest category, and Woods a bit behind. Tops jumped into 3rd spot, followed by Balls.

The other categories were in a similar order, with the exception of Outerwear, which jumped up the pecking order. The growth in Tops and Outerwear would certainly point to a colder snap and some rain to dampen spirits.

"These drops probably signal the start of clearance activity, as the season comes to a close".

Excluding Irons and Woods, spend was pretty even across the other categories. And, as is usual, Ladies Clothing accounted for the smallest category.

When it comes to ASP's, Irons and Woods continue to rise. However, there were some really big falls (double digit) in Tops, Trolleys and Outerwear. In fact, only 4 categories showed any ASP growth: with one flat, and 12 showing price drops. 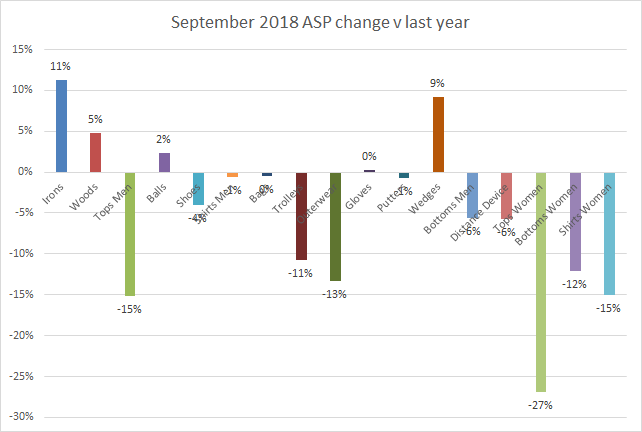 These drops probably signal the start of clearance activity, as the season comes to a close. If you look at units, there is a clear increase in sales in most of the apparel categories that had large price cuts - so, the sales probably did their job when it came to clearing stock.

We've had some pretty hot months when it comes to both temperature AND sales, and it was bound to cool off at some point. Generally, the weather in September was pretty average: A little colder and wetter than the long-term average, with a few more sunshine hours. So, that probably didn't play too much in to the changes.

Some of the resilience in Irons and Woods seems to have come from some solid launches. It'll be interesting to see how that progresses next month.